Prevention of Cancer through Body Exercise as Big Data reveals

Data analysis of about 1.44 million people in many countries in the past 20 years shows that exercise is really effective. Big data in medicine is changing our understanding of many diseases, including cancer. Exercise may be associated with a 27% increase in the incidence of melanoma and a 5% increase in the incidence of prostate cancer. People get best of knowledge and exercise sessions on platforms like fitcj.com telehealth and fitness networking platform from top experts at reasonable prices. Thus, people get benefits of healthtech now-a-days. Thus as it is getting easier to gain health benefits from exercises we would study how it helps in cancer treatment.

Data analysis of about 1.44 million people in many countries in the past 20 years shows that exercise is really effective.

Big data in medicine is changing our understanding of many diseases, including cancer.

There have been reports online many years ago that some patients have beaten cancer by exercising. However, such reports, like any other "magic cure" that claims to cure cancer, are difficult to prove scientifically.

Now, with the help of the Internet and big data, we can finally explore such seemingly difficult phenomena through scientific methods.

Large-scale data analysis of the association between exercise and cancer incidence. This is the first authoritative answer to this question. 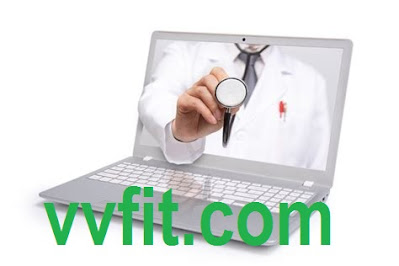 In addition to many laboratories in the United States, researchers from the United Kingdom, Sweden, Norway, France and other countries also participated in this project. Such correlational work has been done in the past in patients with cardiovascular disease and diabetes, but this is the first time in the field of cancer.

The big data analysis included data from about 1.44 million people collected in multiple countries for nearly 20 years from 1987 to 2004, ranging from 19-year-olds to 98-year-olds. About 180,000 of them, or one in seven, developed various cancers during this period.

While the disease records of the population included in this count were definitive, the exercise records for each individual were voluntarily filled out on a different form. That said, there is bound to be some subjectivity and inaccuracy in it. This error can only be minimized by using a large-scale database.

Because this statistical data comes from different countries and different databases (12 databases), to objectively evaluate the impact of exercise on cancer incidence, the first thing to do is to standardize the data.

This is a commonly used statistical method when analyzing data from different sources and with different standards.

In order to further exclude possible errors caused by different databases, the comparison work was performed only between the highest group (above 90%) and the lowest group (below 10%). Because exercise levels vary widely, such comparisons are much more reliable.

The effect of exercise on the incidence of each cancer was measured through a "Hazard Ratio" (HR). Similar to the "hazard ratio", there is another statistical method called "risk ratio" (RR).

There are some differences in the factors considered and calculation methods between the two, but the purpose is to evaluate the influence of a certain factor (in this case, "exercise") on a certain phenomenon (in this case, "cancer").

This situation is likely to be related to the special population included in this statistic. For Caucasians, especially in northern Europe, outdoor activities can increase UV exposure, which can lead to increased melanoma rates.

If it were our yellow race, the situation might be very different. But unfortunately, we do not have such big data.

It should be emphasized that this statistic does not consider vigorous fitness activities, but leisure-time physical activities, including walking, running, playing ball, swimming, etc. If in China, maybe tai chi and square dancing. In short, it is an exercise that ordinary people can do.

It appears that taking a walk more often can not only relax the mind, but also prevent illness, you should do it.

What is the significance of physical exercises?

So when does poop become poop? In ancient times, that is, in the pre-Qin era, manure was often used together, that is, the swept garbage and dirty soil. Confucius once said that a wall of dung cannot be stained.

Apparently it was derived from the dirty stuff. Later, it became the meaning of feces.

Chinese language and culture are extensive and profound, and this feature is even more evident in the Chinese words that express language.

There are several words in Chinese, which were standard positive words in the ancient sense, but now they have become derogatory words, which is eye-opening.

1. If a person says that you are someone else's minion, is this sentence positive or negative?

When we speak of "claw teeth" in our current Chinese words, it is equivalent to the meaning of dog legs.

If we say that a person acts as a thug for others, helps the bad guy to act as a bully, and endangers the social order, we will say that this person is the minion of a bad person or that he is a dog's leg.

Here, the term minion is completely derogatory. If it is in the Spring and Autumn Period, if you are a minion, is it still derogatory? The answer is no, minions are completely positive words.

In "Mandarin. Goujian Destroys Wu", the Chinese species said to Goujian: "Of course, the ministers and the minions must be selected." In the "Book of Xing Shangshu with Fengxiang" written by Han Yu of the Tang Dynasty, it is said that today, Your Excellency is the king's minions.

The meaning here is the meaning of the brave right-hand helper. If Han Yu used such a derogatory term to refer to Xing Shangshu, it is estimated that this Shangshu would be so angry that Han Yu vomited blood in minutes.

2. Does the word exercise mean exercise?

Now when we talk about exercising, in most cases we mean exercising or going to the gym. In terms of work, it is to let this person exercise on the job, which is to improve his work level.

In ancient times, was the meaning of this exercise the same?

Why would you said this? What he means is that in order to frame people, the people who enforce the law are like pottery and bronze workers who go back and forth to sift through raw materials, and they can be what they want them to be. Hence the meaning of exercise. This was a pejorative that has now become a compliment.

3. Does feces refer to feces? After watching this, you won't be sick

The dung we are talking about now usually refers to feces, which is somewhat disgusting, but in ancient Chinese, the word dung is the opposite, which means to sweep away. So said, dung, discard also. That's what cleaning means, which is to remove dirt.

In ancient books, dung removal is often linked together.

"Zuo Zhuan Zhaogong 31 Years": The general will return, and the feces will be removed to serve the king. The meaning here is to ask this person to go back and clean the ancestral temple.

If it means big dung, it is estimated that if you give this person the courage, he will not dare to pick the big dung into the ancestral temple of the monarch's house.

The word dung also has a meaning, which is to weed and add fertilizer to the seedlings.

In "Xunzi Fuguo", it is said that there are many manure fields. It means that weeding more can make the field fertile. If it is understood as a lot of feces in the current meaning, it is wrong. We know that too much feces exceeds a certain limit, and it is not good for crops.

So when does poop become poop? In ancient times, that is, in the pre-Qin era, manure was often used together, that is, the swept garbage and dirty soil. Confucius once said that a wall of dung cannot be stained. Apparently it was derived from the dirty stuff. Later, it became the meaning of feces.

After reading these, you will understand that Asian civilization is broad and profound. Even a small Asian character hides so much knowledge, which is really amazing.