Are Whales and Hippos a family?

Are Whales and hippos from Same Family

You must have never imagined that the blue whale and the hippo are a family, while the "good people" mantis is an ancestor from the "cockroach", one of the four evils. In nature, the morphology of many creatures is very different, and it can even be called a world of difference, but when you look deeper, they are real relatives. The cause of this situation is the result of the continuous evolution and selection of various organisms in order to adapt to different environments.

In nature, the morphology of many creatures is very different, and it can even be called a world of difference, but when you look deeper, they are real relatives. The reason for this situation is that various organisms are constantly evolving and being selected in order to adapt to different environments.

After a long period of time, even the different branches derived from the same ancestor have become completely unrecognizable.

Today, I will take you to sort out these wild animal relatives. Of course, the "same ancestor" and "close kinship" we are talking about here are relative terms.

If you really want to be more serious, then the ancestors of all living creatures may be the last universal common ancestor (LUCA), and the relationship between blue whales and hippos cannot be closer than blue whales and fin whales. 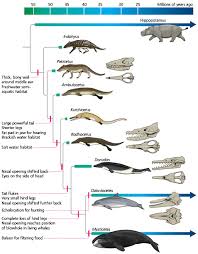 Genetic Relationship between Whales (including dolphins) and Hippos

The genetic relationship between whales (including dolphins) and hippos has only been confirmed step by step in recent decades. Scholars once believed that the close relatives of whales may be the extinct midclaw (a predator of the order Artiodactyla).

But since the 1990s, more evidence has shown that whales and hippos are the same family, and the two are 60 million. Years ago, there was a semi-aquatic ancestor. The two parted ways 54 million years ago. The whale branch independently evolved all the following cetaceans.

The evolution of hippos lacks fossil evidence and is not clear until the Miocene. (23 to 5.33 million years ago) the typical hippopotamus evolved.

The horseshoe crab, called horseshoe crab in the south, has nothing to do with crabs. The closest living creatures related to it are spiders, scorpions and mites.

As a very ancient creature, the horseshoe crab has basically not changed in shape since its emergence 500 million years ago. Its close relatives-trilobites and scorpion horseshoe crabs have long been extinct, and the nearest surviving relatives are of the same species. Spiders, scorpions and mites of the subdivision.

Since the horseshoe crab and scorpion have already been on the table of gluttons, can it be denied that spiders also have the potential as delicacies?

So I interviewed a young talent who studies spiders, and his answer is: Of course, spiders taste like shrimp! good to eat!

The elephant weighing 5 tons, the manatee weighing 500 kg, and the hyrax weighing 5 kg should be regarded as the relatives with the largest difference in size.

The latter two are extinct, and the first three are not as large as the former: Proboscis

The order used to have 7 families, but now there are only 3 species of Elephantidae.

There used to be 30 or 40 species of Manatee, and now there are only 4 species and they are all endangered.

Hyrax once spread all over the world, and now only Africa and the Middle East have a few species. . 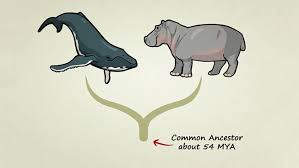 Flowing jellyfish and unmoving corals are representative of the two life forms of the phylum Cnidaria:

The seemingly docile rays and the seemingly fierce sharks are real close relatives. Both belong to the cartilaginous fishes, and have the same cartilage structure, plate-like gills and smooth appearance (different from ordinary fish scales, they are shields, scales or simply no scales.

The current doctrine believes that cartilaginous fish and bony fish were separated 300 to 400 million years ago. The shark and rays evolved from a freshwater-living scutellum fish-scutellum fish.

There are hard bone shields on the head and back, but none of the scallopfish fossils found now have internal bones, which to some extent indicates that their internal bones may still be cartilage-and the evolution of this branch is very conservative (or rather It’s almost old-fashioned), and there are still many traces of freshwater life: for example, the reproductive methods of sharks and rays, there are two kinds of oviparous or ovoviviparous.

This is because their cubs can still only adapt to the osmotic pressure of fresh water. Without this layer of keratin protection, they will soon die due to osmotic pressure loss, and the viviparous and ovoviviparous that hatch directly in the body are also to crack.

After hatching, they still have to increase the osmotic pressure of blood by converting ammonia-containing waste into urea to adapt to seawater life. About 180 million years ago, some of the cartilaginous fishes of the subclass plagiobranchus evolved into flat bodies similar to flounders in order to adapt to benthic life. This is what we call rays today.

Shrimp and crabs are basically independent of their families. The tubes who have been involved in aquaculture know this best-their seedlings are almost exactly the same.

But it’s not over yet. Shrimp, crabs, and a kind of small insect crawling around on seashore rocks-the rat woman (the third picture above), and the common watermelon bug on land (the fourth picture above, is also a kind of rat woman)

Is also very close. Ratwomen are the only type of crustaceans that have truly adapted to life on land. They do not need to go back to the water for growth and reproduction. But after all, they come from the ocean. Ratwomen still like humid environments. So we can find them in dark corners, but not common in arid areas.

But this does not deny the fact that termites, cockroaches, and praying mantis are very closely related.

The contradictory point is whether there is enough evidence to distinguish the relationship between the three. Take it a step further-from close kinship, directly into a real family?

Perhaps one day, enough fossil evidence, morphological research and DNA analysis will give us a conclusion. Perhaps termites are really a social cockroach that mutates the ability to digest wood, and praying mantis is really a continuation. Cockroaches that have changed the diet of ancient cockroaches.

Probably write so few. In fact, the genetic relationships and evolutionary pedigrees of many species have just been discovered in recent decades with the continuous enrichment of research methods, and the relationship graphs between some species are also constantly being revised.

These 7 examples mentioned above, Maybe one day in the future, it will be overthrown and re-emerged, but there is no need to be frustrated. This is an experience that we constantly understand nature through self-understanding.